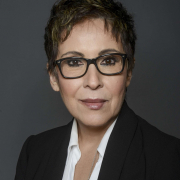 Mary Lombardo is the Multi-million Dollar Sales Expert. While other speakers may talk about million-dollar deals, Lombardo uses her real-world experience and bold style to inspire and guide audiences full of CEOs, presidents, and other business leaders as they seek the path to the largest deals. A two-time winner of Salesperson of the Year and a member of the Million Dollar Club since 2007, Lombardo knows sales from the ground up. She speaks regularly, and unconventionally, on the skills and techniques required for quickly generating the highest possible sales revenue and landing the biggest deals. Lombardo’s focus is on the right executive leadership, management tactics, and partnering to deliver those massive sales. Having served as VP of Sales for the largest edtech company in the world, she now consults with Fortune 500 CEOs and they count on her to help them lead their companies to strategically increase sales and build long term partnerships with customers. She also has a devoted fan base of sales managers and salespeople at companies like Blackboard, NCS Pearson, and Careerbuilder. These are the people who have succeeded by adopting her tactics and techniques. Lombardo’s success as a sales leader is a demonstration of her ability to guide others to profitably produce sales. As someone who has personally generated more than $50 million in sales and drove multi-million-dollar growth at Evans Newton through her contributions, Lombardo is the leader and guide for anyone looking to grow their sales.