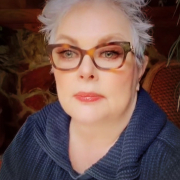 A native Detroiter, Jan Canty, Ph.D. is a psychologist, writer, podcast host, photographer, educator, consultant and cancer survivor. She holds a terminal degree in psychology as well as a post-doctoral fellowship in family therapy from the Wayne State University School of Medicine, Department of Family Medicine in Detroit.  It was in the last month of her fellowship training that her life pivoted.
The stormy evening of July 13, 1985, her spouse of 11 years failed to return.  She reported him missing.  A week later she was called to Detroit Homicide Division.  Inspector Gil Hill gave her the death notification for her spouse,  Al Canty, and the circumstances that led to his death.
Two years later she quietly moved deep into the Midwest and taught psychology at a small, rural college away from tourists, airports, memories and intrusive questions. She did not speak of this tragedy for over 30 years.
Dr. Canty worked as a forensic psychologist in a large mental hospital and taught graduate school in the evening. Her chosen specialty was cross-cultural psychology which lent itself to photography and international travel to remote villages on five continents.  Dr. Canty was awarded Faculty of the Year in her second year of teaching.
Life circumstances delivered her to be uniquely qualified to speak about surviving murder - both professionally and personally. She now hosts a twice-monthly podcast to bring awareness to the real aftermath of murder with interviews of other so-called homicide survivors.  The broadcast is entitled “Domino Effect of Murder.”
Today she is the author of her true crime memoir, A Life Divided, with another book due to be released in early 2023 entitled "What Now?  Navigating the Aftermath of Homicide and Suicide."  (Chapter 12 deals with crime scene cleanup).