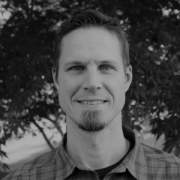 About Jeff Mounts:
Jeff is the Contractor Program Director at AirAdvice.  Having joined the team in 2015, he’s responsible for training, strategic partnerships, and supports new product development. Jeff is driven by a unique passion for indoor air quality.
Prior to AirAdvice, Jeff spent three years with the ARRA-funded Clean Energy Works Oregon program where he recruited and trained contractors, produced a monthly technical workshop for contractors, and used AirAdvice monitors for the first time.
During the 1990s, Jeff was an independent licensed contractor in Oregon while attending Portland State University. After completing his B.S. degree Jeff put his passion to work at Conservation Services Group,. Over the course of seven years with CSG Jeff gained experience in multifamily and residential weatherization, and was an account manager and BPI proctor for the Home Performance with Energy Star program.  It was during this time, around 2008, when Jeff saw the first AirAdvice SmartIAQ report.
He lives in Portland, Oregon with his family.