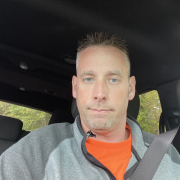 Rapid Response holds the largest contract in the city of Portland for homeless camp removals and works very closely with the Urban Homeless Camping Impact Reduction Program. As Director of Operations, Nick oversees 75+ employees and the approval and cleaning of 30+ camps a week. In Nick's time as Director of Operations, his forward thinking and abililty to complete jobs in record time has allowed Rapid Response to double its workload with the city of Portland. This enables Rapid Response to remove double the hazard debris from the city property and streets.

Nick is a natural leader. He started at the bottom of the ranks as a cleaning technician and worked his way up to lead then supervisor and ultimately earning the director of operations position. It was his ability to remove encampments at record pace while upholding the city's core values of respect and compassion that allowed him to move up quickly. He is very knowledgeable of city rules and regulations and trains his teams to follow his leadership.

Nick is married and has an 11 year old and a 12 year old son. In his free time he enjoys family time and coaching sports for his kids.